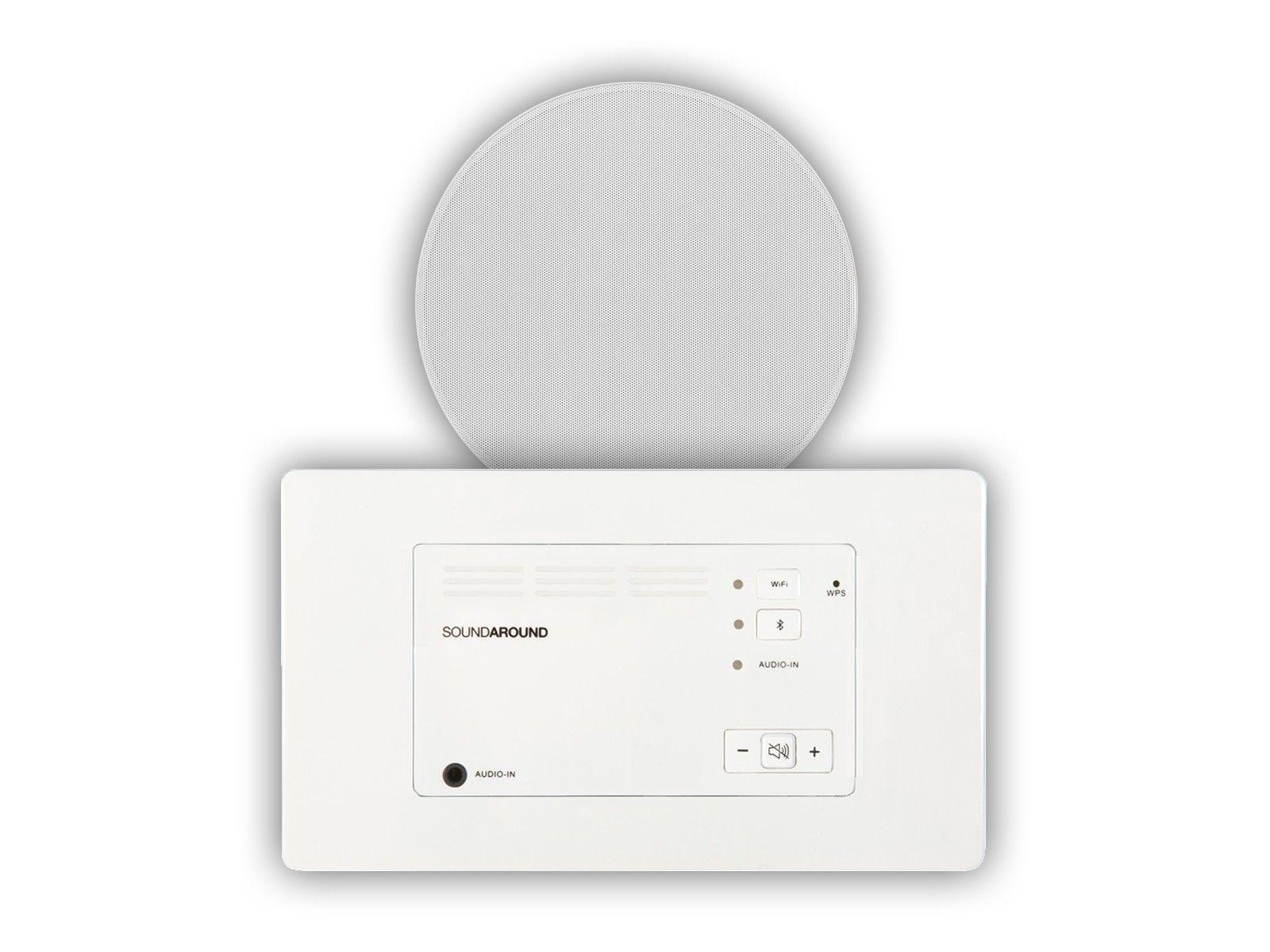 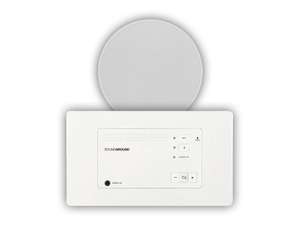 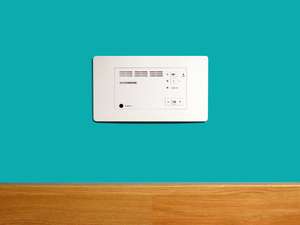 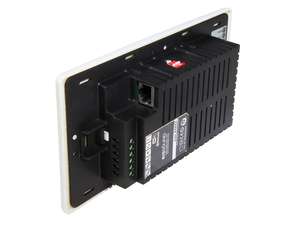 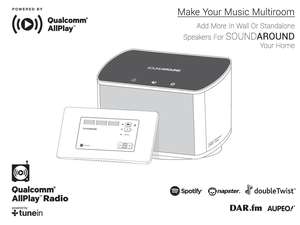 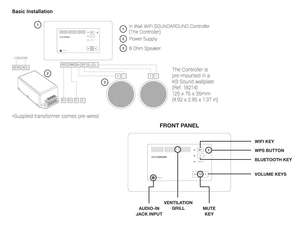 The KB Sound SOUNDAROUND with Qi65CST Stereo Ceiling Speaker brings multiroom audio to both small rooms or long /narrow rooms of your home in an easy and suitable manner.

Each KB Sound SOUNDAROUND Multiroom Audio Amplifier, powered by Qualcomm AllPlay technology, is a fully contained panel that fits into a wall space roughly the same size as a double socket, and no back box is needed as the unit is supplied with fitting frame.

Included with this system is a Single Stereo Q Acoustics 6" Qi65CST Ceiling Speaker (a second additional speaker can also be purchased).

This speaker is suitable for use in smaller rooms or rooms that a long and narrow - great when room to install is at a premium but still able to produce stereo sound thanks to being a popular and reliable speaker from a reputable manufacturer that can handle easily between 15-60 watts.

You can use either one single speaker, or select a second speaker for larger rooms.

To install, just run low voltage power from the supplied transformer to the in-wall amplifier, Ethernet Cable (optional, but recommended) and the speaker cables to the Q Acoustics stereo ceiling speaker for Wireless Multiroom Audio in your home.

The Qualcomm AllPlay App, available for both iOS & Android devices, acts as your control for this WiFi Multiroom Audio System.

From the App, you can play Internet radio via TuneIn Radio, together with music streaming services including Napster, Spotify, etc, and also local music stored on the connected device.

It allows connection for other SOUNDAROUND products, either in-wall or standalone, to work together.

However, unlike other Wireless Audio Systems with the in-wall amplifier you can re-stream local Bluetooth audio to any other amplifier including freestanding SOUNDAROUND Wi-Fi speakers from the range, which is a fantastic feature if, for example, you'd like to play YouTube audio into your Multiroom System.

In addition to the re-stream feature for local Bluetooth audio, this Wireless Multiroom Audio Amplifier also has the ability cast the 3.5mm audio input over Wi-Fi between other amplifiers around the home, perfect for playing vinyl or an old iPod or other MP3 device via your Multiroom System.

For Multiroom Audio a 5GHz router is recommend, however 2.4GHz routers can be used for single installs.

For best operation, the router should be placed at the centre of the installation or hard-wired.

What To Think About When Buying...Multiroom Systems

Fire Safety: Do I Need To Buy Speaker Hoods?

Listen In Our Showroom 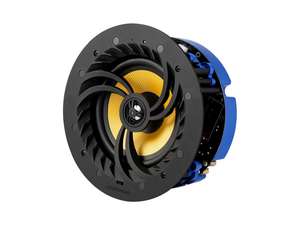